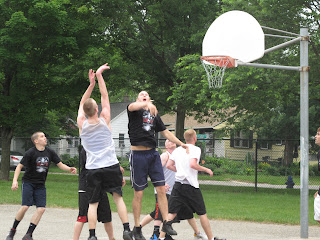 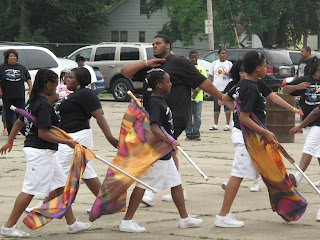 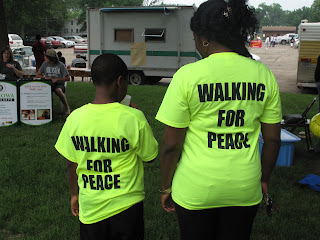 The 5th annual Hoopin' 4 Jesus basketball tournament this weekend was a part of a broader celebration called Juneteenth. Over the past few years, I have been learning about what Juneteenth celebrations represent. Here's a wikipedia explanation:

Though Abraham Lincoln issued the Emancipation Proclamation on September 22, 1862, with an effective date of January 1, 1863, it had minimal immediate effect on most slaves’ day-to-day lives, particularly in the Confederate States of America. Texas, as a part of the Confederacy, was resistant to the Emancipation Proclamation, and though slavery was very prevalent in East Texas, it was not as common in the Western areas of Texas, particularly the Hill Country, where most German-Americans were opposed to the practice. Juneteenth commemorates June 18 and 19, 1865. June 18 is the dayUnion General Gordon Granger and 2,000 federal troops arrived in Galveston, Texas, to take possession of the state and enforce the emancipation of its slaves. On June 19, 1865, legend has it while standing on the balcony of Galveston’s Ashton Villa, Granger read the contents of “General Order No. 3”:

The people of Texas are informed that, in accordance with a proclamation from the Executive of the United States, all slaves are free. This involves an absolute equality of personal rights and rights of property between former masters and slaves, and the connection heretofore existing between them becomes that between employer and hired labor. The freedmen are advised to remain quietly at their present homes and work for wages. They are informed that they will not be allowed to collect at military posts and that they will not be supported in idleness either there or elsewhere.[11]

That day now since became known as Juneteenth, a name coming from a portmanteau of the words "June" and "teenth" like "nineteenth" and other numbers with teenth.

Former slaves in Galveston rejoiced in the streets with jubilant celebrations. Juneteenth celebrations began in Texas the following year. Across many parts of Texas, freed people pooled their funds to purchase land specifically for their communities and increasingly large Juneteenth gatherings — including Houston’s Emancipation Park, Mexia’s Booker T. Washington Park, and Emancipation Park in Austin.

Posted by Laura Hoy
Email ThisBlogThis!Share to TwitterShare to FacebookShare to Pinterest