Christmas in Walnut will be December 8 this year, and there are many individuals and teams preparing for the three-fold event in the Walnut Neighborhood.  Below, seniors from the Route 55 ministry join the craft workshop leaders to help prep for the many craft stations that will allow children to make and wrap handmade gifts for their families.  The work done by Route 55 members is a huge contribution into the day!  One of my favorite things about big events is to see the Body of Christ work in a variety of gifts and contributions to accomplish something that no one could accomplish on their own.  It's so beautiful to witness  a collective effort of many hands with one heart and mind and mission! 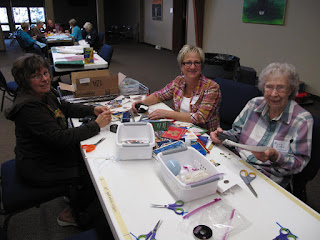 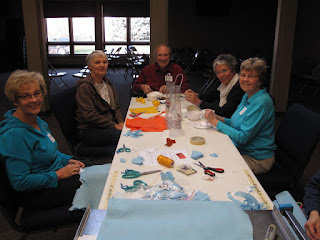 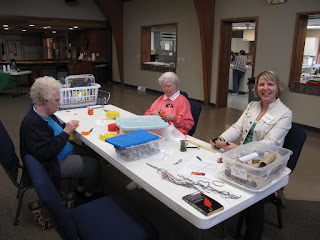 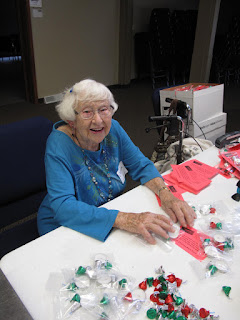 I spent some time this weekend finishing a scrapbook for my son, and so I listened to several CCDA messages during my work at the table.  Here's an 8 minute segment from CCDA 2012's reconciliation panel.  The sharing of Jin Kim below was a power-packed piece from this fall's conference:

in the way of giving

I'm going through The Story (Lucado/Frazee) this school year with my family and with a group from our church as a discipline to move through the Bible and a way to help our thirteen year olds see the Bible as one continuing narrative of God.  We're currently reading in the book of Ruth.

As I was reading yesterday, I found a great passage that describes a way of giving that is done in community, with generosity, affirming dignity, and empowering a person:

" At mealtime Boaz said to her, 'Come over here. Have some bread and dip it in the wine vinegar.'

When she sat down with the harvesters, he offered her some roasted grain.  She ate all she wanted and had some left over.  As she got up to glean, Boaz gave orders to his men, 'Let her gather among the sheaves and don't reprimand her.  Even pull out some stalks for her from the bundles and leave them for her to pick up, and don't rebuke her.'

So Ruth gleaned in the field until evening.  Then she threshed the barley she had gathered, and it amounted to about an ephah.  She carried it back to town, and her mother-in-law saw how much she had gathered. " Ruth 2:14-18

1. COMMUNITY- Notice that Boaz invited Ruth to join the harvesters for a meal.  He invited her into community.  One of my friends told me that she struggles with the idea of giving up charity and the practice of just giving things to people for free.  She mentioned all of the places in the Bible where we're instructed to give freely to people in need.  I told her that it's not that we never give charity again..especially in the times of disaster or crisis...but the problem is that God intended giving to be done in community.  We've largely extracted community from our giving, and by doing this, we often give from separated, segregated places.  We often give from places of power that keep the power dynamics the same.  This kind of giving-without community-has caused disastrous results, both for the receiver and the giver.

2.  GENEROSITY- Notice Boaz's generosity as he not only allows Ruth to glean his fields but also tells his workers to pull out some extra stalks for her to gather.  A heart for God, a life in Christ, does produce and reflect generous living and giving.

3. DIGNITY AND EMPOWERMENT- Notice that Ruth gathers and gleans until evening, she threshed the barley herself, and she carried it back to town.  Ruth worked.  She did not stay at home and wait for someone to come with food for her and Naomi.  By working, Ruth joined the community, she recognized her abilities.  Working allowed her to maintain her dignity and empowered her to be a part of providing for her family.  She just needed an opportunity, a hand up.  Boaz was that empowering gatekeeper who gave her such an opportunity.

As Christ's Church we would be wise to the look at the general negative outcomes of years of giving that has been generous, yes, but has also largely been devoid of building community, dignity, and empowerment.  This passage in Ruth helps give us a different model.
Posted by Laura Hoy No comments:
Email ThisBlogThis!Share to TwitterShare to FacebookShare to Pinterest

"Let us continually offer a sacrifice of praise to God, that is, the fruit of lips that confess his name." Hebrews 13:15 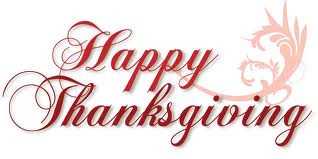 I encourage you to write a list of your thanks and praise today! Notice what God does in your heart when you acknowledge Him, His goodness,  and all of His gifts in your life!
Posted by Laura Hoy No comments:
Email ThisBlogThis!Share to TwitterShare to FacebookShare to Pinterest 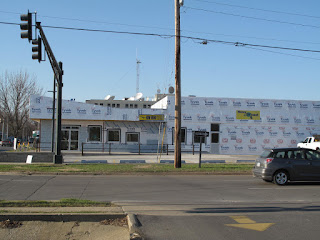 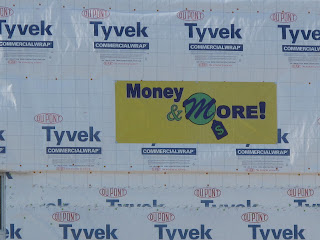 Oh blast.  A "Money and More" being built two blocks down from "Hometown's Cash Advance" on Franklin.   These are NOT the businesses needed as the east side desires to develop economically.  Praying for healthier, more creative entrepreneurial endeavors in the future for the neighborhood.
Posted by Laura Hoy No comments:
Email ThisBlogThis!Share to TwitterShare to FacebookShare to Pinterest


Our friends at United Christians International are witnessing God working in great and glorious ways  through the Christian community development in their region.  Here's an update on their recently built and opened university:

“And the things you have heard me say in the presence of many witnesses entrust to reliable men
who will also be qualified to teach others.”

Both professors and students are using
the university dorm. We have been
joining them for some meals to get to
know them better. It has been very
enjoyable to talk to these young men
and women. Pastor Geffrard, professor
of theology and our administrator, has
had even more opportunities to get to
know the students. Yesterday
morning, at 3:00 AM, one of the
students woke him up to hand over his
vodou fetishes! We suspected that this
student didn’t know Christ as his
Savior, but we weren’t sure. He was
convicted through the prayers and
devotions that start and end every
class, the lectures, and the informal
talks that he has experienced since
starting at UCCC. We also believe that
the prayers that have been lifted—in
the US and in Haiti—for UCCC have
also contributed to his conversion.
Thank you and praise God!

UCI’s Vision for all of Haiti

Our job is to teach the reality of what
God did here at UCI in 7 short years.
It is not about us; it is about God
working. It is possible for this lifechanging
development to occur in
any other community—as long as
God is at the center of it. We never
want to forget all that God has done
and what He can do. We will
continue to tell the students about
who God is and what He did at UCI.

Education is the Key

If we do the math on paper, the students’ tuition will
pay for the professors’ salaries but realistically we see
that some students can’t afford the tuition. We have had
student after student asking us for work—any kind of
work—so that they can pay for their schooling. It is
amazing to see the hunger that they have for their
education. Many students were going all day in class
without any food, at all. We have students that walk
hours to come and stay for 6-7 hours without eating and
then walked back home each day because they can’t
afford the $1.25 US/day for a meal at the cafeteria. There
is one man, Mussot Marcelus, who is married and has 5
children living in a town a 3-hour walk one way. He
wants to provide a better life for his family and walks
every day, 6 days/week, to come to class. Many times he
arrives home at 10-11 PM. But, as always, God is good
and we have been able to reduce the cost of a meal to
$0.50 so that the students can pay for at least one big
meal before classes. The students are so excited and
interested in the school but we didn’t even realize how
strapped these families were for money.

post-election, the evangelical Church, and race

I am a white American female, an evangelical follower of Christ, and I deeply love my white evangelical congregation where I both work on staff and attend with my family.  God has blessed and  taught me much through the Christian community and leadership of our church over the past thirteen years.

I do believe, however, that it is time for my church and the broader white evangelical church of America to open the door and humbly begin a journey toward racial understanding.  For far too long, we’ve lived separately from others and often have only the stories of our assumptions to share with one another.

2.  Racial diversity is seen in many arenas, but rarely in the churches you visit across America.  The stats read something like this:  90% of American Christians worship in predominantly racially homogeneous congregations.

3.  The New Testament clearly describes Jesus as the reconciler of people to God and to one another through his blood, shed on the cross, and his resurrection power.  The early Church reflected this reconciling power of Christ and became a new creation, loving and living together across divisions.  Christ still calls His Church today to be a reconciling community across societal barriers.

Clearly, we do not see the American Church today championing reconciliation across social and racial divides.   In fact, we see other sectors in our society making greater strides toward one another than the people who claim Christ as restorer and reconciler of all things.

Rather than entering into the pain of society to join with and love our neighbor, history repeatedly shows the Evangelical Church in America generally responding with more of a fear and fortress mentality than a faith and friend mentality.  And when we have reached out missionally, it has often been with a superiority that is pretty deeply entrenched in us.

I would gently encourage we who are the Church to go forward as listeners and learners into our multi-ethnic, multi-cultural future.  In some regards, we have been parading as the Emperor in the Emperor’s New Clothes…we have not been able to accurately see ourselves.   Just as I heard a news report that the Republican Party was going to do some evaluating and soul searching after the presidential election, I would say the same should be done in Christ’s Church across our country.  Honestly considering the Biblical foundations of reconciliation in Christ, listening to others outside of our socialized boxes, and asking ourselves some deep nature questions might be the white evangelical Church’s most important agenda of prayer and action in the future.