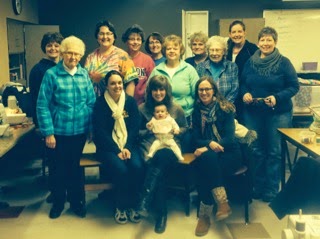 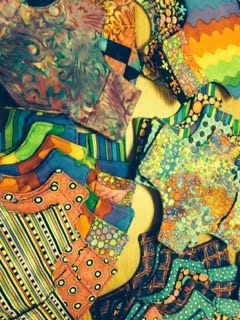 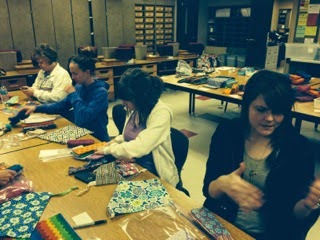 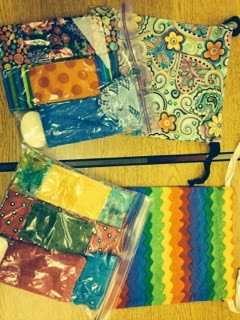 Orchard Hill Church friends recently produced reusable feminine hygiene kits for young women in Haiti so that they may continue their education and go about their lives in their community during their menstrual periods.  Orchard has a partnership with UCI in Haiti, and a team of Orchard college students will personally get to deliver these kits and provide some education with them next week.

This idea was conceived through Days for Girls, an organization that delivers washable feminine hygiene kits to girls in more than 60 countries so that they may attend school more regularly and complete more years of education.

Listening to the community and partnering to meet real felt needs!


I listened to this Rich Nathan audio teaching today while driving about town.  Loved so many points about being a both-and church.

Nathan talks about the past's Great Divorce of evangelism and social justice, and he spends time talking about the Church coming back to holistic, Biblical Christianity. He used some great examples from Scripture about the vertical and horizontal relationship of both-and.

In Micah 6:8, towards people we are to act justly and love mercy.  Towards God we are to walk humbly.  Both-and.

Jeremiah 19:4..  "For they have forsaken me and made this a place of foreign gods (vertical)..and they have filled this place with the blood of the innocent. (horizontal)"  Idolatry and injustice.  Both-and.

R. Nathan spends time talking about how great revivals and missionaries have always been about both-and, and then he finishes with two parables from the New Testament that depict the both-and nature of God's call and provision for us.

Take a listen...he speaks well of a holistic Gospel.

the least are the greatest

Yesterday, I was sitting in a weekly Bible study at our partner church, Harvest.  A small group of us was listening to "Shaking the System", a sermon by Rich Nathan on how to confront systemic sin. Somewhere about 2/3 of the way into listening, R. came in with a friend and sat down.  I know R. from summer picnics in the park and occasional conversations at Harvest.   In warmer weather, I see R. about town on her bike.  I know she has lived on the street, and I'm also aware that mental illness is present; she'll sometimes use a small child's voice and other times, a deep, masculine voice.

R. and her friend sat and listened to the remaining part of the teaching with us.  Afterward, we always take turns around the group to share a reflection from the teaching.  R. raised her hand first, and though she didn't respond to the teaching, her words were pure and true and good.  She told the group that she wanted to say something about Jesus.  And how Jesus doesn't want people to go hungry.  And how Jesus would have us pray for our sick friends.

Somewhere in the middle of another person's sharing, R. raised her hand again, and as Judy called on her, R. asked if she could give the closing prayer when we were done.  "Of course," Judy said.

After some heavy sharing regarding the tough nature of systemic sin, R. walked up front and prayed us out.  The prayer was childlike and from the heart.  The presence of the Kingdom of God among us. I am so thankful for our partner church who welcomes R. as a contributing member of the community.  Who values her input and and her faith.  This is but one encounter that teaches me so much about the hospitality of Jesus, humility, the upside down Kingdom, and the intrinsic dignity and value of each human being in our community.  Thank you, Harvest friends, for your faithfulness and for the gift that you are.
Posted by Laura Hoy No comments:
Email ThisBlogThis!Share to TwitterShare to FacebookShare to Pinterest

We are so thankful for Matt Soerens and Liz Dong's visit to Orchard Hill Church last week to share with us about God's heart and His Word concerning immigrants, along with current immigration statistics, laws, and stories which exposed the need for immigration reform in our country.  Learn more through Evangelical Immigration Table's website here.

Our national immigration laws have created a moral, economic and political crisis in America. Initiatives to remedy this crisis have led to polarization and name calling in which opponents have misrepresented each other’s positions as open borders and amnesty versus deportations of millions. This false choice has led to an unacceptable political stalemate at the federal level at a tragic human cost.
We urge our nation’s leaders to work together with the American people to pass immigration reform that embodies these key principles and that will make our nation proud.

As evangelical Christian leaders, we call for a bipartisan solution on immigration that:
Posted by Laura Hoy No comments:
Email ThisBlogThis!Share to TwitterShare to FacebookShare to Pinterest

Andy Stanley is teaching a new series called "Brand: New", and in Week 5, he talks about the old Temple Model definition of holiness meaning "to set apart and remove yourself from"...but the Jesus Model meaning to get in there and "get your hands dirty".  How can the reconciling love of Christ be manifested and worked out without us mixing it up and getting dirty with our neighbors in the world?

John Paul Lederach speaks beautifully on this in his book Reconcile: Conflict Transformation for Ordinary Christians:

"Over past centuries, some Christians, including Mennonites, my home denomination, have chosen to embody atonement and holiness by the motto, "We are in the world but not of the world."  (see John 17:11,16)  We use this text to support notions of nonconformity.  We say this means that we choose not to live conformed to the pressures around us but rather by the standards and ethics of the kingdom of God (see also Romans 12:2).

In practice, this has often been applied as removing ourselves from the world, pulling back, and isolating our communities from the world.  Because of our concern for holiness, we try to control the environment around us so that we will have less opportunity to fall and fail.  In our practice we have placed the emphasis on the "not of the world" portion of the motto.

Ironically, God through Jesus seems to have approached holiness and atonement with an emphasis on the "in the world" part of the motto.  The world is a messy, violent, and broken place.  God's model child, Jesus, was needed in the world to provide the distinctive direction.  This would be something different from the way people were acting and carrying on.  By God's example through Jesus, "to be in but not of the world," means that we move toward human troubles and choose to the live in the messiness.  That way the alternative of God's reconciling love can be made known.

From such a view, atonement and holiness are not about establishing proper ritual and merely maintaining individual purity.  Atonement and holiness are about entering relationships and starting dynamic social processes that help create the space for a new humanity to emerge.  We choose to journey toward and with those who have experienced the deepest division and separation because this is God's mission and Christ's example."  p.129-130 Reconcile John Paul Lederach

Keep moving me toward, Lord! 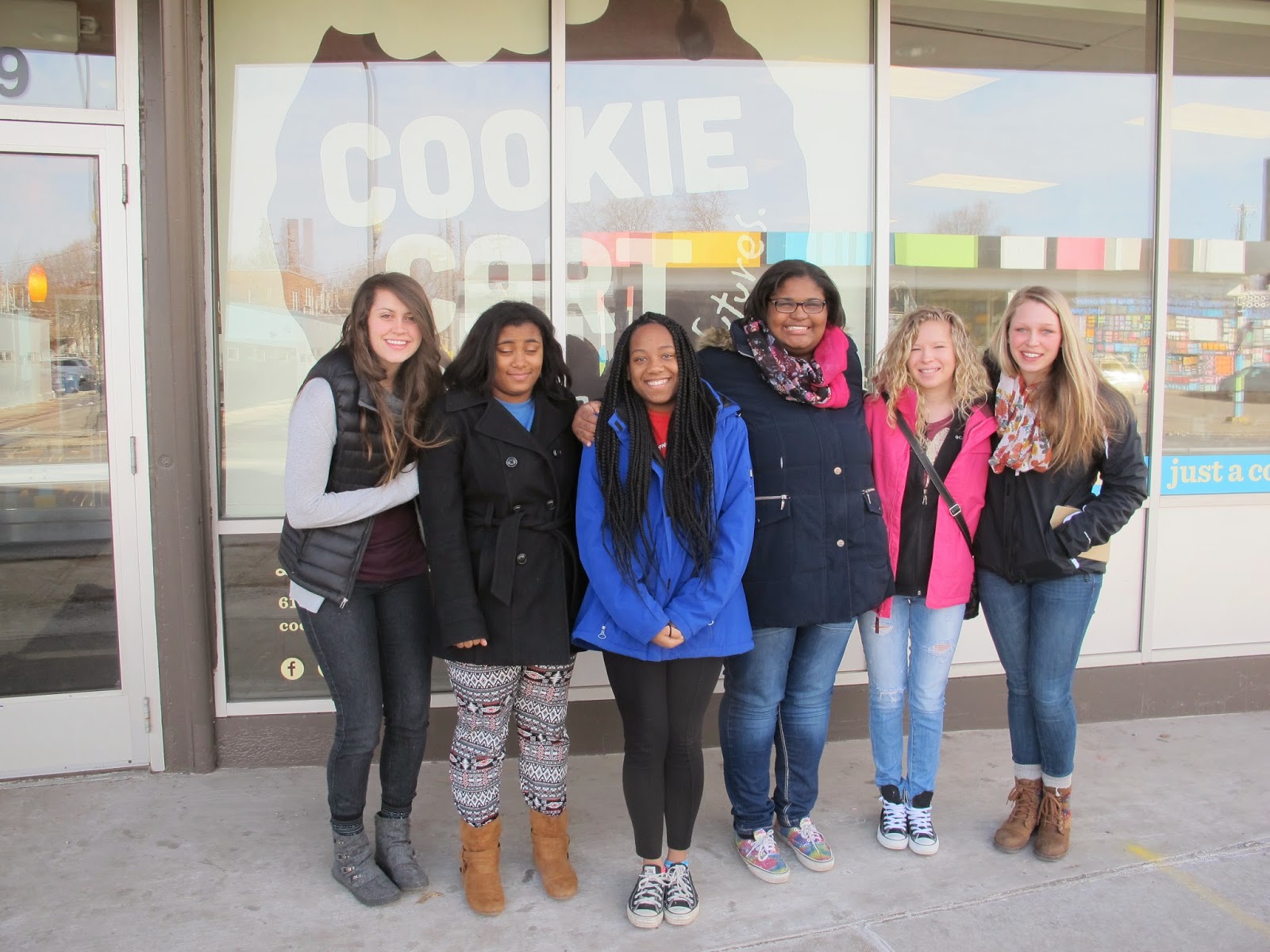 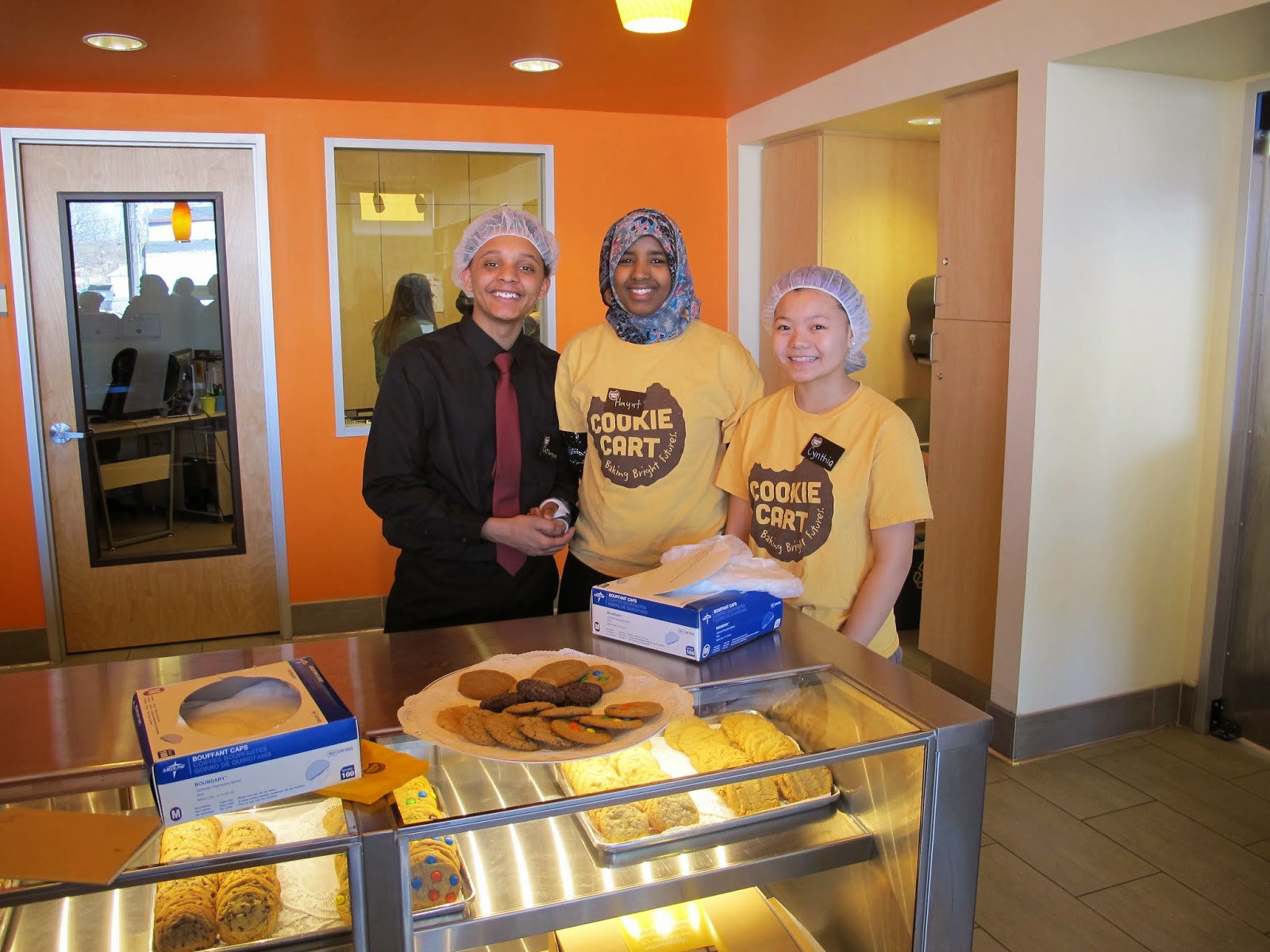 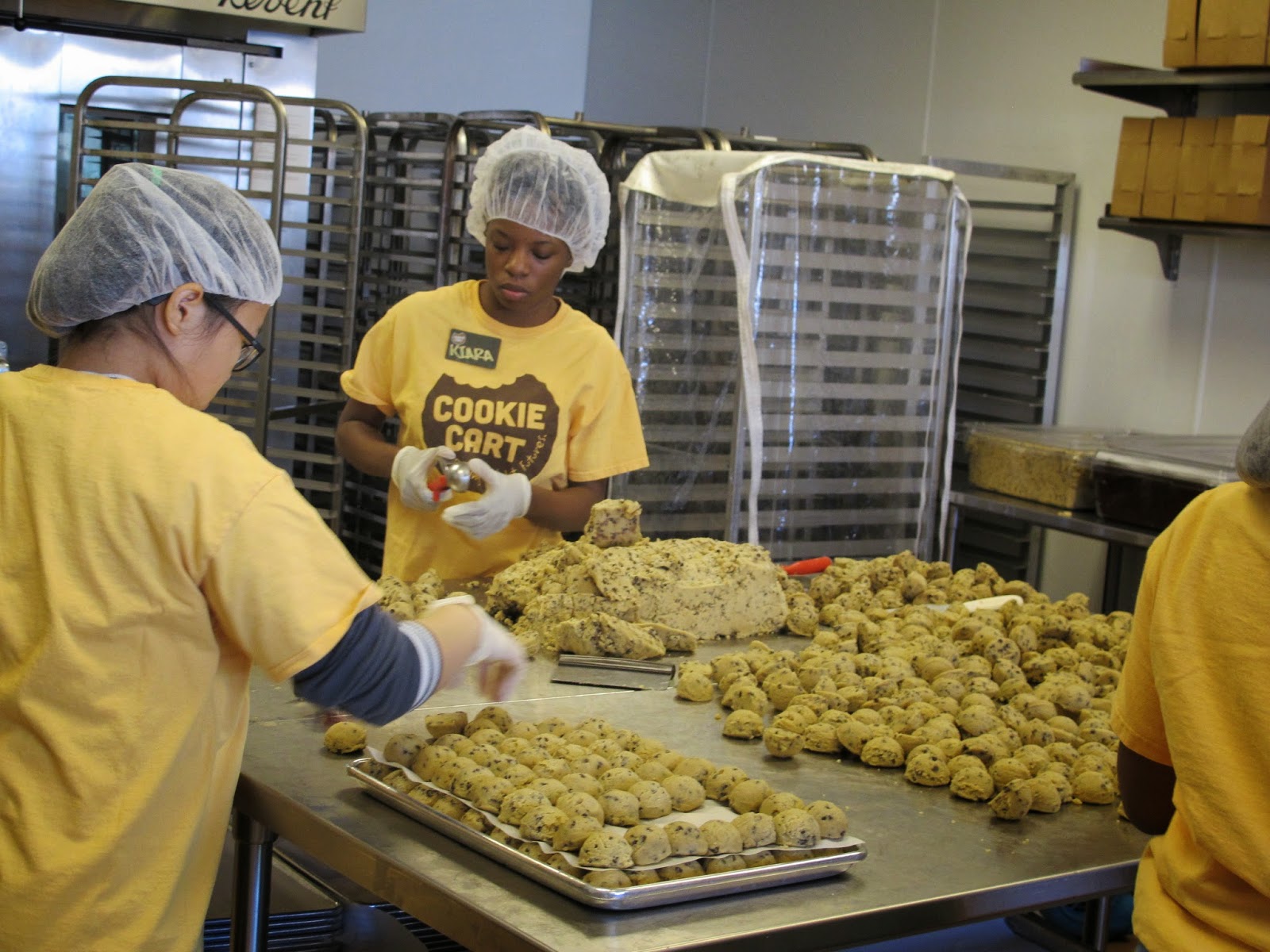 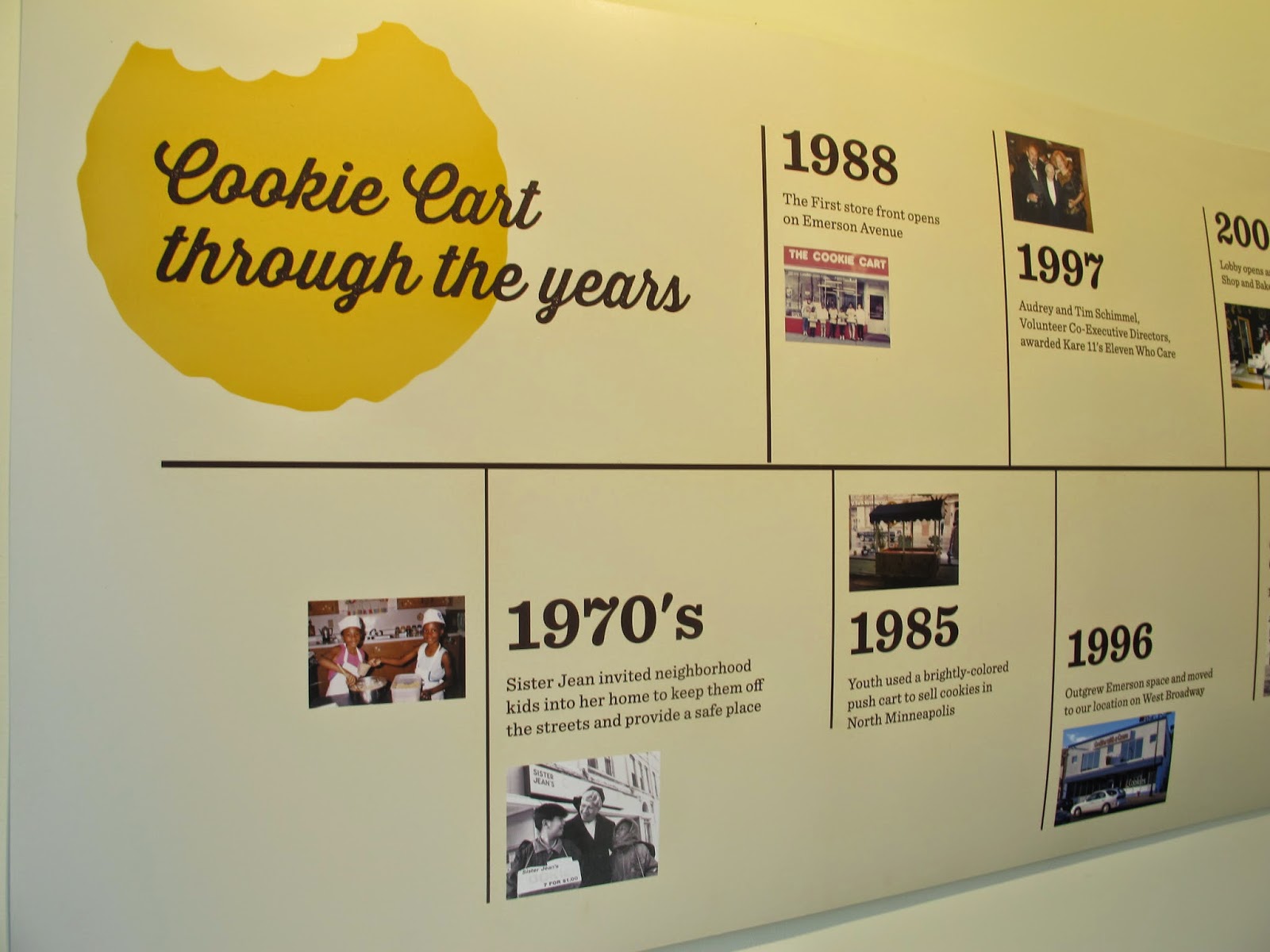 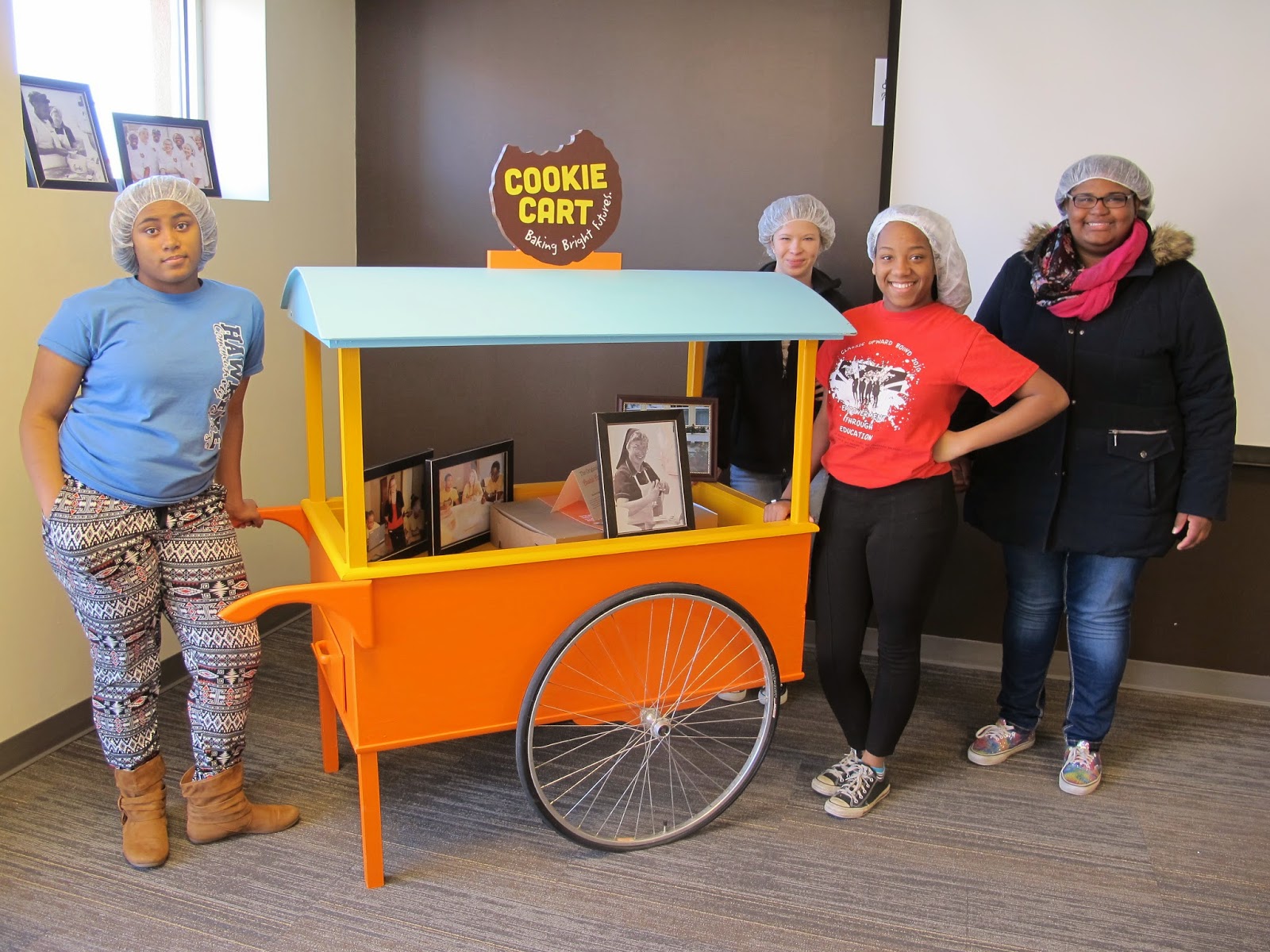 Try Pie is busy looking back at its first 3 semesters of existence and looking ahead on how to build on its vision, values, and strengths.  Some of the team drove to Minneapolis yesterday to tour a social enterprise that's been building and growing since 1988.  The Cookie Cart employs up to 200 teens, 15-18 years old, and they specialize in teaching students jobs skills, financial literacy, and excellent customer service.  We had a great tour led by DeMarquez, a sixteen year old who just graduated from the program, and Hayat and Cynthia, who were newer to the program and were learning tour-giving skills from DeMarquez.  We also had a lot of Q and A, and of course, we sampled their yummy cookies.  Baking bright futures!  Thanks, Cookie Cart, for your inspiration and dedication to teens! Check out their program here.